Strategic Communication
Explaining your project, your story in terms everyone can comprehend.
Advocacy
Sharing your project or issue with key decision makers, understanding driving forces and getting to know the players and personalities.
Grassroot Outreach
Whether it is door to door or other guerilla outreach, we have the resources to help you get the true sense of the community.
Media Relations
Getting your story out postiviely or in a crisis. The media will come either way, so tell your story on your terms.
–> 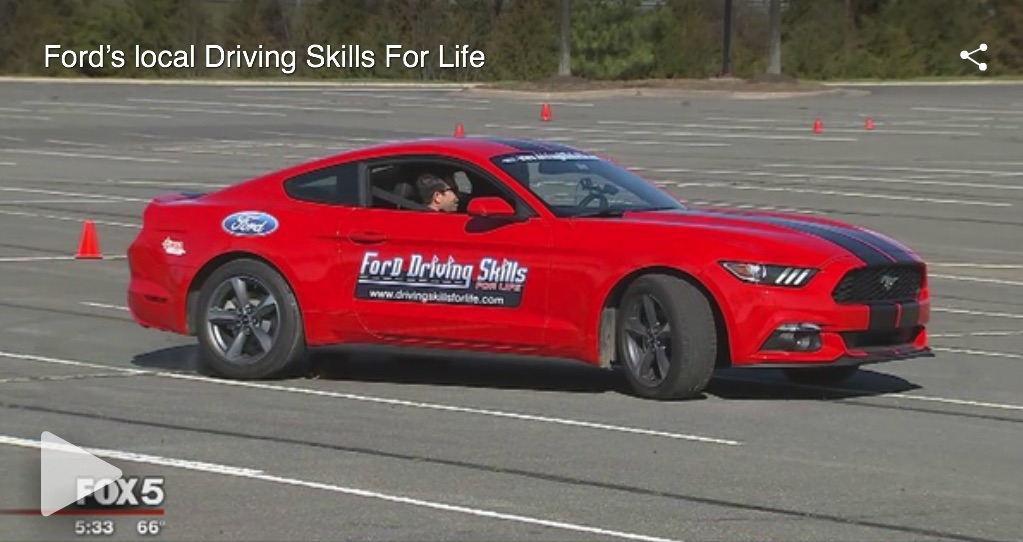 The Client’s Objective: When Ford Motor Company came to Northern Virginia with their Driving Skills for Life program in 2016, they were having a difficult time filling their 200 spots for teenagers to learn life-saving driving skills. Having a previous relationship promoting Ford Motors in general in the DC region, they turned to The Casey Group to help promote the program and ensure the had a successful event.

TCG’s Strategic Approach: Having an intimate knowledge of the DC market, The Casey Group reached out to local politicians, school administrators and media to promote the event and introduce Driving Skills for Life and drive attendance and coverage.

Earning Results: On a cold, wet and miserable weekend, the event was rapidly sold out following TCG’s engagement and coverage was a key part of the success. Having decided that a laser-shot was a better approach than a shotgun blast, we reached out to our contacts at Fox 5 and had one of the hosts of their highly-rated morning show come out to Dulles Airport and go through the course as if he were a teenager. The results were a great bit of video that can be viewed by clicking here >>:

The Client’s Objective: The Washington Metropolitan Area Transit Authority (Metro) system is in the midst of its largest expansion ever. The new Silver Line has been designed to extend from the East Falls Church stop in Fairfax, VA, to Loudoun County, VA, with a critical stop at Dulles International Airport (IAD). With the first phase almost complete and ending just short of Reston, VA, the second phase, with the critical stop at IAD, was endangered when a significant number of the Loudoun County Board of Supervisors went on record opposing Loudoun’s inclusion into the system, despite prior decades of support. Without Loudoun County’s support, the project would have been delayed for years or potentially scuttled ending short of the airport.

TCG’s Strategic Approach: The Casey Group responded immediately by surveying residents about the public perception of this issue and to identify key opposition messages that resonated best among local citizens. Based on this intelligence, our team worked with the local stakeholders and we responded immediately by creating Loudoun Rail Now (LRN) to guide messaging for supporters of the completion of the critical mass transit project to Loudon County.

It was essential to avoid a conversation surrounding big business versus the people, with a citizens’ group known as Loudoun Opt Out leading the charge against Metro and a newly elected Loudoun County board. It was also imperative to protect supporters of Rail. Utilizing a diverse portfolio of grassroots tools including local media, social media, catchy videos, blogs and a door-to-door effort, LRN became the driving force in the debate.

Earning Results: Having started in late March of 2012 Loudoun Rail Now was the critical element to the July 3, 2012, vote for Loudoun County to remain a part of this project. Key results included: 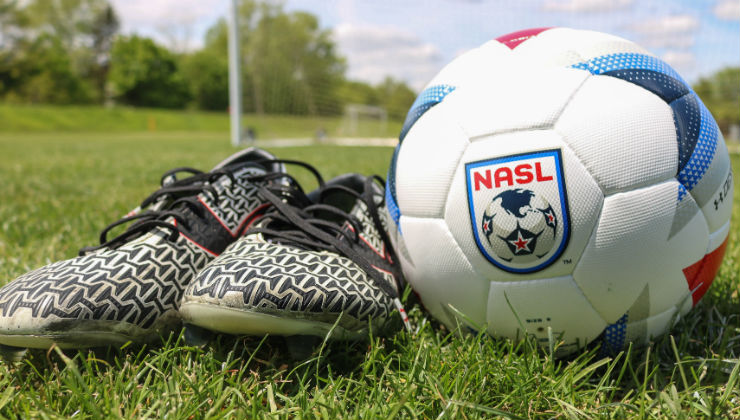 TCG’s Strategic Approach: When you aren’t the major leagues, you have to be creative. Being overshadowed by Major League Soccer, and with the 2014 World Cup breaking our season up, we were given the opportunity to push the envelope and be creative. We focused on supporter groups and social media to get our message out including creative graphics and engaging messages. A big focus was NASL’s success against MLS clubs in the national US Open contests and designed a plan for the teams involved to activate and engage their fans and expand interest in their clubs and the League.

Earning Results: We grew the NASL’s Facebook and Twitter followers by double-digit percentages, and we highlighted the international flavor of the league and its growth at the time. We kept Commissioner Bill Peterson top-of-mind with both national and local-market media, and we handed the incoming Communications Director a position with more momentum and focus than ever.

The Client’s Objective: AT&T, a major International telecommunications company had a previous application in Loudoun County that was withdrawn after significant and vocal community opposition. The project was unorganized and poorly messaged and their corporate reputation damaged. After an eight-month cooling off period, the company is prepared to come back to Loudoun County with a new and different proposal for the site.

TCG’s Strategic Approach: Our goal is to make lines of communication on the project clear and to engage both supporters and opposition. Identifying supporters, like the local Chamber of Commerce and technology advocates as well as local businesses who stand to benefit, is central to the task.

Reaching out to local papers – who had a field day sharing wild accusations and information during the previous application – is critical, as is reaching out to opposing voices. One of TCG’s core values is to engage and communicate with opposition to our projects, not run or railroad them. We may never convert them to supporters, but we also will never, ever be accused of not being honest brokers of information and engagement.

Earning Results: This is an ongoing engagement recently underway, but The Casey Group has already identified over a dozen key business supporters as well as made contact with critical government officials, both who could influence and ultimately make the decision.

The Client’s Objective: The day before Virginia Investment Partners (VIP) were approved as part of the Kincora Development in Loudoun County, they hired The Casey Group to support their efforts to build a ballpark and bring an independent minor league baseball team to Loudoun County. Literally two days later, upon approval, I was on camera for VIP talking about the ballpark and the dreams of the group. This led to four and a half years of being – simultaneously – the Director of Communication for The Hounds (baseball) and Cavalry (soccer) and VIP.

TCG’s Strategic Approach: The Casey Group was embedded in VIP’s office and attended all internal meetings for the organization. We represented them in public at official events before residents, the media, local elected officials and more. TCG served as such an integral part of the team and the organization that we list this as a specific job on our curriculum vitae and professional biography.

We crafted the organization’s corporate communications messages, worked with marketing to build a tremendous fanbase and lead the process of getting County approval for the moving of the stadium from Kincora to One Loudoun – an entirely new legislative process.

Earning Results: One could argue that there weren’t any other two teams in America that never played that had such a great fanbase and story. Our success was based on smart messaging and understanding what drove the community to support this project and these teams. 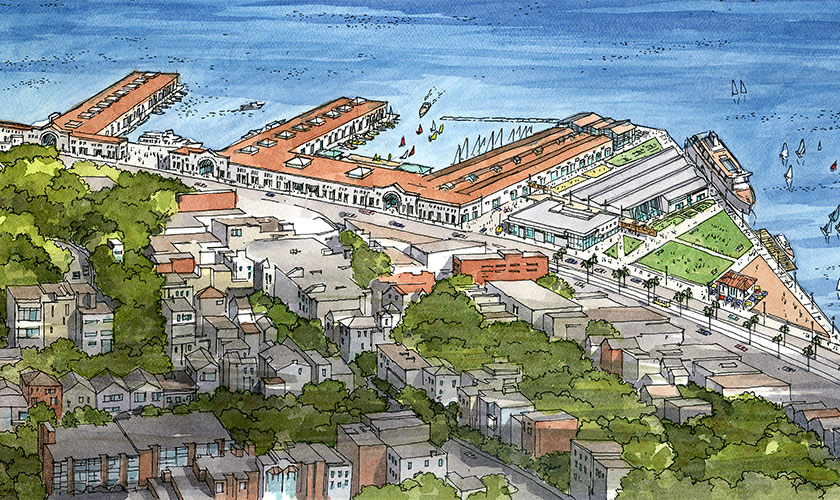 The Client’s Objective: As The Mills Corporation continued its attempts to win approvals from the City of San Francisco and the Port Commission for their ambitious plan to convert Piers 27-31 to a retail, office and entertainment complex, D’Onofrio left The Mills and began his own firm. The Mills immediately hired D’Onofrio as a consultant but he remained the lead media, political and community asset working directly with the new Development Director and the EVP of Development leading the project.

TCG’s Strategic Approach: The Casey Group travelled weekly to San Francisco and was fully integrated with The Mills team and our consultants. In meetings and in public, he teamed seamlessly with the Company in the ongoing effort to impact the votes before the Port Commission and the Board of Supervisors. we remained The Mills’ spokesperson through difficult times and harsh questioning, as shown in these 2005 San Francisco Chronicle stories (story link 1 >>) and in this very difficult response (story link 2 >>).

Earning Results: Our approach and efforts supported the company fully and the integration as a consultant was seamless. We ran The Mills’ war room efforts as the leader of our wider consulting team that numbered at least a dozen individuals or companies.

The Client’s Objective: Sunrise Senior Living, based in Fairfax, Virginia, was making its second attempt to entitle a property in McLean, Virginia. The first attempt had ended in withdrawal of the application and significant negative public reaction to the proposal. Sunrise brought TCG in at the onset of their second effort to entitle.

TCG’s Strategic Approach: We had to show that there was a vocal minority, but it was just that: a minority. We activated our “Street Team” which had been used effectively during the Loudoun Rail Now campaign (see below) to exhibit the true feeling in the community and to identify vocal supporters. In two different swings through a one-mile radius of the property, we hit 2,500 doors, garnered 689 data points and showed that exactly 70% of people were either supportive of or neutral toward the new senior living facility. We took this information – all gathered electronically on tablet – and converted it into an easy-to-view Google Map (at right).

Earning Results: TCG provided the above information and more importantly identified 35 supporters who were willing to speak and had 59 emails to the Board of Supervisors using our proprietary email passthrough system. At the end of the day, Supervisors told Sunrise leadership that we put forth a much more organized, positive effort than many controversial land-use proposals. 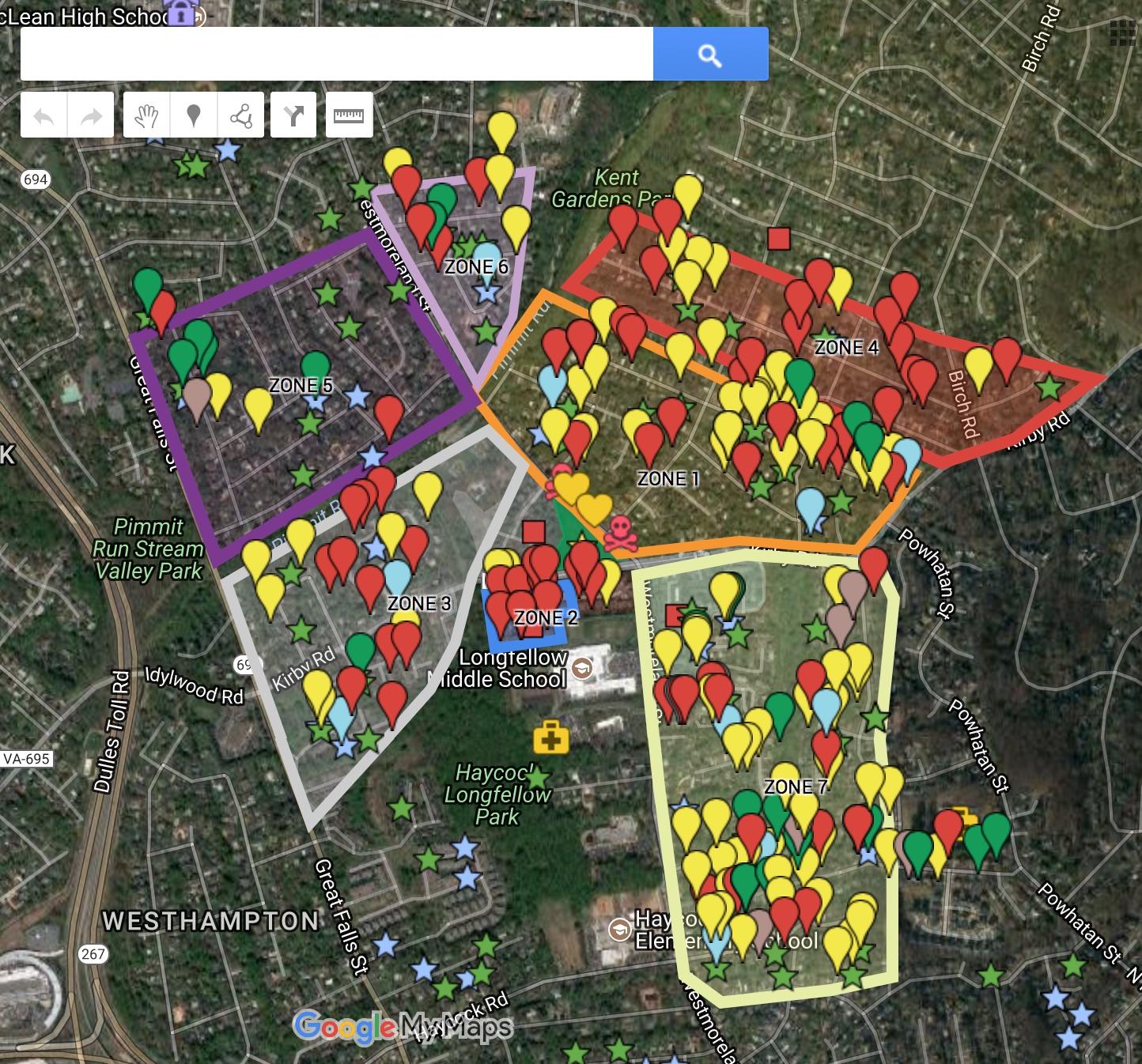